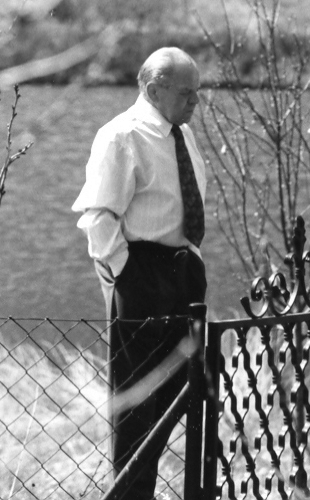 Pearlins comes along with its own history. Pearlins is not a product which has been created to build a production but rather it is a piece of culture with its roots in the period of the Second World War and before. Viktor Lubos who had grown up in Silesia and was based at South France during the war. He has overtaken a recipe of a spirit and produces the ginger-based spirit by this description. When the war was over, he returned to the family but resettled soon to escape communism because great parts of the country have become Polish. He moves to the region Saarland with the family. The following years are edged by reconstruction, working for the family, the construction of a house as well as the agriculture. In spite of everything, he has never forgotten his recipe. At first, he had only produced for personal use. Later, it became a nice present for friends. It has always been a drink which was produced with love and well-known for its fantastic, magical taste. Around the turn of the millenium, the production increases and there was the idea of drawing a small business with his grandson Daniel. However, until this should happen it takes a while because his grandson moves to Munich after his high school graduation where he began his studies of Physics. In 2010, before Daniel had left for a stay-abroad in Japan, both decide to turn the idea into action when Viktor’s godson comes back. Unexpectedly, Daniel’s grandfather dies when he sat in the airplane on the trip home.
Daniel Lubos decides to overtake the production of this gift and to realize the idea of the business. Primarily, he has organized the sales and tasting with his father and in small markets. Finally, Daniel Lubos has founded the company Pearlins supported by his friends Jochen and Kamil.
has been added to the cart. View Cart
We use cookies on our website to give you the most relevant experience by remembering your preferences and repeat visits. By clicking “Accept All”, you consent to the use of ALL the cookies. However, you may visit "Cookie Settings" to provide a controlled consent.
Cookie SettingsAccept All
Manage consent

This website uses cookies to improve your experience while you navigate through the website. Out of these, the cookies that are categorized as necessary are stored on your browser as they are essential for the working of basic functionalities of the website. We also use third-party cookies that help us analyze and understand how you use this website. These cookies will be stored in your browser only with your consent. You also have the option to opt-out of these cookies. But opting out of some of these cookies may affect your browsing experience.
Necessary Always Enabled
Necessary cookies are absolutely essential for the website to function properly. These cookies ensure basic functionalities and security features of the website, anonymously.
Functional
Functional cookies help to perform certain functionalities like sharing the content of the website on social media platforms, collect feedbacks, and other third-party features.
Performance
Performance cookies are used to understand and analyze the key performance indexes of the website which helps in delivering a better user experience for the visitors.
Analytics
Analytical cookies are used to understand how visitors interact with the website. These cookies help provide information on metrics the number of visitors, bounce rate, traffic source, etc.
Advertisement
Advertisement cookies are used to provide visitors with relevant ads and marketing campaigns. These cookies track visitors across websites and collect information to provide customized ads.
Others
Other uncategorized cookies are those that are being analyzed and have not been classified into a category as yet.
SAVE & ACCEPT
English
Deutsch English